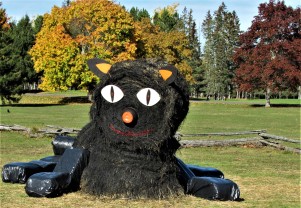 Yesterday I wrote that “Wolfgang Kayser suggested, a long time ago, that there were three types of novels: novels of action (the easiest to write, if you have that calling).” I hope nobody took the second half of that statement “the easiest to write” too seriously. No novel worth its salt is easy to write and not everybody can write the sort of adventure story, filled with action, that drags the reader on from page to page. Part of the difficult lies in tying the end of one chapter to the beginning of the next and this is most certainly not all that easy to do. In my own case, I tend to bring closure at the end of each chapter, and that really the worst thing I can do. Why continue reading if you already have closure?

Let us look at how a master thriller writer closes his chapters. Prologue: “I will return to my Athens as soon as this mess resolves itself.” What mess? Why Athens? Where is the character now? What is happening? Read on. Chapter One: “As a double precaution, the keyboard and the door know were wiped cleaner than Petrescu’s account” What on earth has happened now? Why wipe clean the keyboard and the door knob? Which account? Why? What will happen next? Read on. Chapter Two: “Behind them, Edward Yorke’s lifeless eyes stared without comprehension at the foreman’s room and the splintered railing above him.” What has happened? Where is it all going to end? Read on. Chapter Three: “He had to move. So deciding, he opened the man’s wallet and found an address not far away?” An address? What address? Who lives there? Why is he going there? What will happen next? Read on. Chapter Four: [Summary] A crack in the wall behind a refuse bin … time for a shower … throw the victim’s pants and shirt out of the window for some bum to find … Who? What? Where? When? Why? Read on. And now for the last words of Chapter Five, the chapter that explains everything. “That hook is baited.” And this is the key … each chapter ends with a neatly baited hook that leads the reader, willy-nilly, into the next chapter. You want to know what happens next, what is on the hook, what the hook is exactly, to do that, you will have to buy the book and read it for yourselves. Look up Chuck Bowie: Three Wrongs. Muse It Up Press.

Alas, I have not yet finished with Chuck. In June, 2017, he drove to St. Andrews to visit me one afternoon while I was at KIRA. We sat by the sea-shore there and chatted about his latest novel, Body on the Underwater Road. He was working out all the details and we struggled here, and wriggled there, as we computed the many possibilities. Such good fun. So, here I am, a poet telling a story about a master story-teller-seller. How silly I am. I’ll offer up a poem instead.

We met at St. Andrews, at low tide, on
the underwater road. In secret we
shared the closed, coded envelopes of thought,
running fresh ideas through open minds.

Our words, brief vapor trails, gathering for
a moment over Passamaquoddy,
then drifting silently away. Canvas
sails flapped white sea-gull wings across the bay.

All seven seas rose before our eyes, brought
in on a breeze’s wing. The flow of cold
waters over warm sand cocooned us in
a cloak-and-dagger mystery of mist.

We spun our spider-web dreams word by word,
decking them out with the silver dew drops
proximity brings. Characters’ voices,
unattached to real people, floated by.

Soft waves ascended rock, sand, mud, washed
away footprints, clues, all the sandcastle
dreams we had constructed that afternoon,
though a few still survive upon the page.

And that, as the lion said, is the end of the gnus.

Comment: Three Wrongs is part of the Donovan: Thief for Hire series. Adventure series follow similar patterns: the problem, the solver (shining hero), the complication (dark arts adversary), further complications, resolution: problem solved. The Arthurian Romances set the pattern for linked adventure series back in the 12th and 13th Centuries. They were followed by the literary knights of the novels of chivalry. Perhaps the most famous of these, Amadis de Gaula / Amadis of Gaul, was imitated and parodied by Cervantes in Don Quixote. The numerous books of Amadis were followed by Son of Amadis, Nephew of Amadis, Cousin of Amadis. Perhaps nothing breeds success better than success. Think of the Sharpe series from the Peninsula War or the Hornblower books, or, more recently, Master and Captain and the recent Royal Navy series from similar times. Look out for Son of Donovan … a series coming to your bookstore soon.