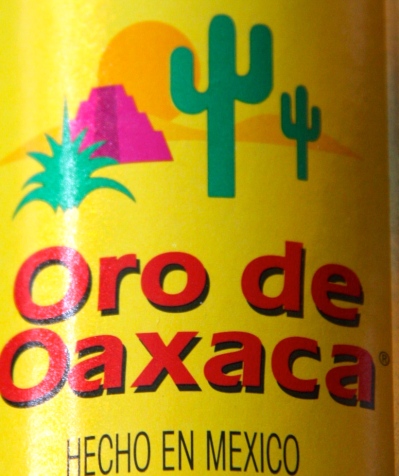 I saw my father yesterday evening. I walked through the zócalo, opened the main cathedral doors and walked in. The doors closed behind me. I looked towards the main altar and there my father stood, motionless. The evening light shone through the engraved glass panels and illuminated him as if he were some long passed saint come back to visit me. We stared at each other, but I couldn’t open my mouth to speak. The hairs on my neck stood on end and my hands shook. When I forced my mouth open, words stuck in my throat. He wore his best grey suit over a light blue shirt and a dark blue, hand woven tie: the outfit in which I had buried him.

Three old women, dressed in black, broke the spell. One stood in front of me and wouldn’t let me approach my father. She held a large bag of knitting in her hands and the wool spilled everywhere as she pushed me away. The second threatened me with a pair of scissors that she held in her left hand and stabbed towards my face. The third beat a tailor’s measuring rod against my father’s head.  He nodded, smiled sadly, and they all turned their backs on me and hurried away out of the cathedral and into the square.

Just for a moment, I stood there in silence. Then I pulled the doors open and ran in pursuit of my father. The setting sun filled the square with shadows that whispered and moved this way and that, as if a whole village had come down from the hills to walk beneath the trees and dance in the rays of the dying sun. I stood on the cathedral steps and called out my father’s name, but I could see no sign of him among the cut and thrust of the shadowy crowd.

I ran out into that crowd and pushed at insubstantial people who stood firm one moment and then melted away the next like clouds or thick mist. I came to a side street and saw real people, flesh and blood beings, a group of villagers gathered behind their band. I stopped and as I did the village elder put a live match to the taper of the rocket that he clutched between his thumb and forefinger. The taper caught on fire and the rocket soared upwards with a searing whoosh. The village band marched forward and started to play a traditional dance as the rocket clawed its way into the sky to explode with a loud knock on the door of the gods.

Tired of grasping at shadows and afraid of this living phalanx of men that marched towards me I went back to the cathedral and knelt at the altar of La Virgen de la Soledad, the patron saint of Oaxaca. Real wax candles stood before her altar, not tiny electric lights, and I inserted five pesos in the slot, took a taper, and lit a fresh candle from an ageing one that had started to sputter. I knelt and, for the first time in years, I prayed. I prayed for the soul I had saved from extinction by lighting my candle from his flame. I prayed for my father and my mother and, above all, I prayed for myself.

On the way home to my second-floor apartment where I live alone, I bought two litres of mescal, one to send me to sleep, and the other so I would survive the next morning.