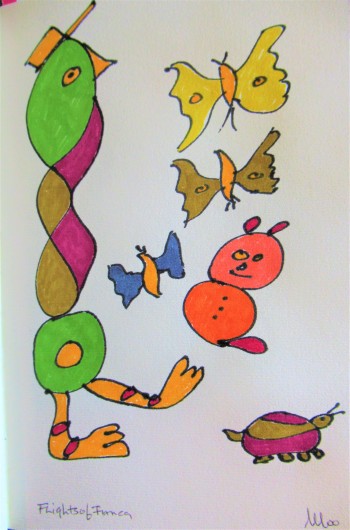 The Vetch Field is where Swansea Town (now Swansea City) used to play their soccer. My father took me regularly to see the Swans play and, when young, I preferred the round ball game to the oval ball game. Swansea Town were always known as the Swans and the rugby team were always called the All Whites. No Ospreys and colored uniforms in those days and also no money in the rugby: everything was amateur. The inter-relationship of images in the poem above changes when the reader learns that the Vetch Field is also where the shroud-wrapped bodies of those prisoners who were hanged in nearby Swansea Jail were rumored to be buried. This may or may not be true, but be it myth or legend or plain falsehood, it gives added dimensions  to the imagery in this poem.