“You cannot step in the same river twice,” according to Heraclitus. And he was perfectly correct. Yesterday I returned to KIRA. But it wasn’t the same. How could it have been?

Geoff, Hanna, and Cherry met me at the door. Geoff shook my hand, Hanna gave me a big hug, and Cherry pushed her wet nose into my crotch. Some things don’t change and one of them is a favorite doggy’s greeting. Mary sat at her desk just inside the door and she got a big hug too.

One Small Corner, the book that I wrote while at KIRA in June was in my hand. I had a signed copy for each of them. They also had a present for Clare and I: lunch at the Garden Café, courtesy of KIRA and a trip there on KIRA’s latest acquisition, a new golf cart, driven by Hanna. We were early for our lunch booking and Geoff suggested a quick tour of the gardens since Clare hadn’t seen them.

We all climbed into the Golf Cart, Mary and Hanna in front, and Geoff, Clare and I on the back seat, looking back as KIRA slowly vanished behind us. Another quote: “History,” said Marshall Macluhan, “is like looking at the past through the rear-view mirror of a rapidly advancing car.” This is a wonderful metaphor for my feelings at the time.

I had just met the young lady who had inherited my room, the Red Room, and my studio, #1. Neither the room nor the studio belonged to me anymore. They were now closed spaces, occupied by another. It didn’t hurt. It didn’t drive a spear through my still suffering heart. It did, however, underline that the waters of the stream had moved on and were not the same.

The gardens had changed too. Gone were the splendiferous rhododendrons of June, present were the multitudinous colors of Late July. The tiniest alpaca, born just before I left at the end of June, was now a sturdy one month old, larger and much more self-contained. Moe was a month older too as he sat on the roof of his shelter and nickered away at the world in general. Our lunch table was reserved for 12:30 and we would see them all later, parading on the lawn.

The gardens were fuller now than they were in June: more flowers, more blossoms, more color, more people, more children, more hazards for Hanna to slow for as we made our way back to the Garden Café, past the Sensitivity Garden and the Therapy Garden, past the Labyrinth and the Maze, past the Dutch Windmill, past all those magnificent sculptures … new sculptures had appeared … the blue piano wasn’t there earlier … this month’s artist had erected a new piece in the Secret Garden … change was all around me … and I viewed it from the backward-facing seat of a slowly advancing Golf Cart.

We had lunch in the shade beneath the apple tree. I looked around for Carlos, certain that he and his shadow were both close by … but I could hear no pipes. I spoke to Clare in Spanish, just to hear that language once again, but Carlos still didn’t appear. How could he? The river had flowed on and he was back with his family in Brazil.

Friends dropped in at the table to chat: Brad, Tim, Stefan, Mikah …lunch came and went speeded on by reminiscences and plans. After lunch, we visited the exhibition put on in the Garden Café by the latest group of resident artists. We admired the pencil drawings, loved the paper-maker and her art, and were wowed by the rug hooking and the photographs …

I thought of our own exhibition, held in the same place in June. We had our paintings, courtesy of Anne and Ruby, our sculptures, thanks to Elise, but the silence of July’s exhibition had been broken by the sounds of Carlos’s pipes and the viva voce reading of my own poetry. We were not a silent group, but a noisy, head-banging, drum-beating, piping, singing set of selfie-videophiles … the river had flowed on.

Ghosts of our voices clung to the back porch when we returned to KIRA. Hanna and Mary returned to their duties. Geoff, too, had things to accomplish. We met with two more of the new resident artists and complimented them on their skills. Then we slipped silently away to join the river of traffic that flowed down Water Street and up and away and back again to Island View.

Yes, I enjoyed myself. Yes, I will return again in August for I have promised to do that. But each trip will be different and no two trips will ever be the same, for old man river … well …he just keeps flowing along … 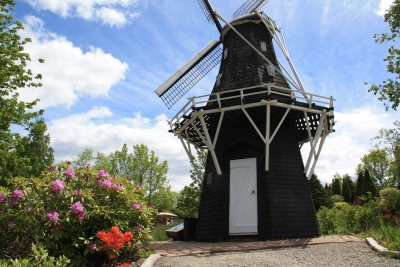 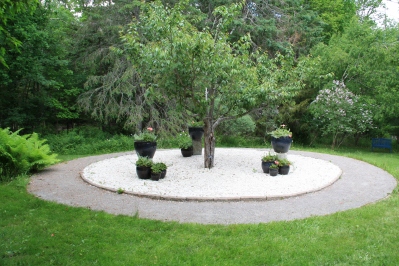