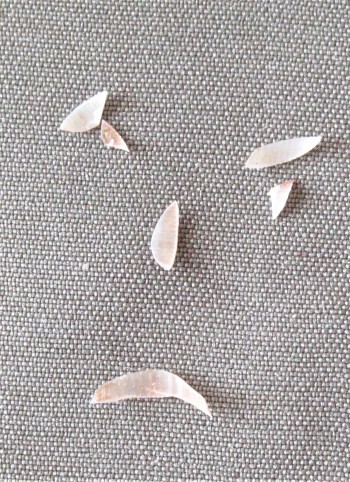 My grandfather would wheeze, then cough, as he leaned on the old black dresser in the Welsh kitchen with its vast, cast iron fireplace. “As black as the hobs of hell,” he would say, and “as warm as our kitchen.” It was full of nooks and crannies where pasties and pies could stay warm, soup cauldrons could hang from iron chains, and copper kettles could whistle wild tunes and call us all to endless cups of tea. Sergeant-major tea: so strong and filled with so much sugar that a tea-spoon could stand upright and never fall over. Gassed in the First World War, my grandfather was always out of breath and each time he coughed, he brought up a tiny part of his lungs. “One day,” he announced between wheezes, “there’ll be nothing left.”
Twice a day, my grandfather would roll up the newspaper and brandish it like a conductor’s baton. The first time would be when I came home from school and it was time to do my homework. The second time would be after supper when it was time for me to go to bed. Each time he rolled up that newspaper, he would tap it gently on the dresser to get my attention, and then he would speak those famous words: “Let battle commence.” I would fight to escape to the street to play with my friends. I would fight to stay on my feet and I never, never wanted to go to bed. I hated to be entrenched alone, upstairs, in the cold shadows of that ghostly no-boys-land where I could hear mice and rats scuffling behind the dugout walls and smell the sour smells of old age and illness that stalked my dreams.
“Up the wooden hill to Bedfordshire,” my grandfather would sing, conducting with his baton and pointing to the stairs. I was never afraid of him. He was dark, strong, tall, and very gentle, a great man in his own right, one of those tall men who would always stoop to help a little child. If I was too troublesome, he would start to cough. And if he started to cough, the pink phlegm would come and he’d spit it into the red and blue polka-dot handkerchief he always carried. The pink phlegm caused consternation and in the ensuing panic, I would bolt for the stairs, go up to my room, undress, put on my pajamas, and bury myself in the vast double bed I shared with my grandmother. My grandfather’s bed was in the middle room downstairs. I didn’t realize then, as I do now, that he could no longer climb those stairs up which I scuttled.
After a while, I left of my grandfather’s house and went back to live with my father. One day, my grandfather, as he prophesied, coughed too much and that was the end of him. After the funeral, my father took me back to see my grandmother. Aunties and uncles, cousins, family friends that I didn’t know, neighbors known and unknown, spilled over the house in an invasion of tears and grief. After the friends had gone, my father and I decided to leave and the family gathered on the doorstep to wave us goodbye. I waved back to them all. “Goodbye,” I shouted. “Goodbye aunties, goodbye uncles, goodbye grandmother.” I paused. My grandfather stood there waving to me. “Look: there he is. I knew he couldn’t have gone.” I pointed and waved. “Goodbye grandfather!”
“Don’t be stupid. He’s not there,” my father said. “He’s dead.”
“I can see him,” I said. “He’s there. I can see him.”
“He’s not there. He’s dead.” Tears ran down my father’s face.
Sitting here, writing these words, I can still  see my grandfather, standing on that doorstep, waving goodbye. And I can still feel my father’s long dead, shadowy hands reach down, grab me by the shoulders and shake me, shake me, shake me, until I too am crying and the ghosts of my milk teeth are again rattling in my head. 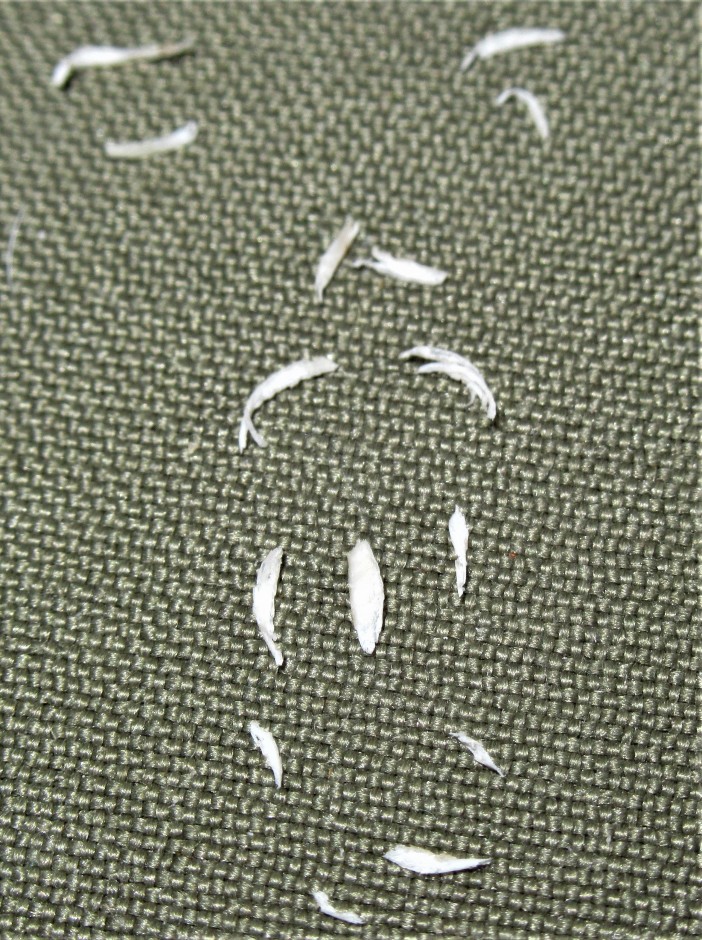