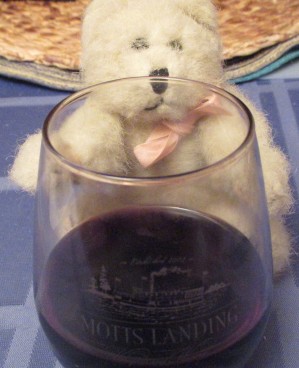 Forgetfulness is also me and my blog. I have been writing elsewhere all week, preparing two manuscripts for a competition. It’s been a long slog: gathering the material, organizing it, structuring it, revising it, polishing it, cutting unwanted material, searching for valid replacements.

Tuesday I had the honor and the pleasure of working with a local high school in their  creative writing program. I am no longer a part of the Writers in Schools Program (WiSP), so this was a freebie. I came, I sat, I talked. And then I drove home again. I answered questions from the students on my life as a writer. It was very interesting for me as some of the questions were sharp and pertinent. How do you deal with writer’s block?   Do you write by hand or on the computer? Where do you get your inspiration? Hopefully my responses were of some interest to the students who gathered to listen. The one question I expected to field was never asked: “How much do you earn as a writer? The answer of course is very little, if anything. I write for pleasure, not for money, and I have never been published by a major press.

According to TWUC, the Writers’ Union of Canada, the average earnings of a writer in Canada are $12,500. Subtract the millionaire big earners (e.g. Margaret Atwood, David Adams Richards, et al) and most writers earn considerably less. Poets are traditionally at the bottom of the pay scale and I am principally a poet. The transition from print to digital also has everyone running in different directions. Personally, I like writing. I don’t like the marketing, advertising, selling of myself and of my books.  In fact, I now self-publish and give my books away. There’s very little money in it, but I enjoy myself and my friends seem to appreciate the gifts I give them.

Unless you are a ‘top draw writer’, working with a large, established company, you are unlikely to earn much money from your creative writing. In fact, many writers make their money from workshops, fellowships, grants, residencies, retreats, and things like that. I took a different direction. I chose to be an academic / teacher / researcher (full time) and a writer on a part-time basis. The academy kept food on the table for my family. The writing was always in addition to the mainline job. Retired now, I can dedicate myself to writing full-time, and that is just what I am doing.

Writing: so many meanings, so many ways to write. I blog, I maintain a journal, I write e-mails, I post to Facebook, I write poems, short stories, and I have written three unpublished (and probably unpublishable) novels. Also on two separate occasions, I have run a weekly sport’s column (athletics and rugby) in local newspapers. I have written academic books, translations, book reviews, peer-reviewed articles, and I have maintained, with the assistance of my beloved, an online bibliography and an online searchable data base. I have also helped edit some fourteen academic journals during my time as an academic. In my editing career I have been an editor, a co-editor, an associate editor, an assistant editor, an editorial assistant, and a book review editor, as well as sitting on the editorial and / or advisory boards of a handful of magazines. I have managed to do this in three languages (English, French, and Spanish). So, what exactly do I say when people ask me “What do you write?”

I am also a fan of the following statement, though I cannot remember where I first heard it. “We are not writers, we are re-writers.” This is certainly true of my editorial roles in academic magazines, for I have done a tremendous amount of rewriting and revisions for the people who have submitted their work to the magazines I was helping. So, there it is, in a nutshell … except for one thing, I have been involved in so many writing experiences, that I have forgotten many of them. Forgetfulness: the theme of today.