People of the Mist 14 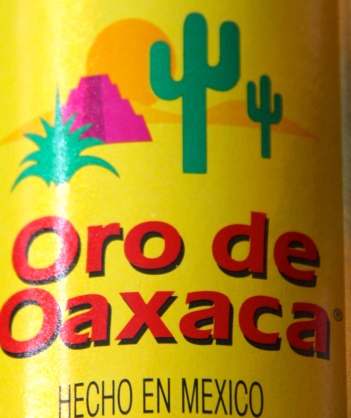 Tim headed for the mescal sellers who inhabited little shops in a long line over by the market and went straight to his favorite stall. The shop seemed empty, so he rang the little goat bell that dangled there for customers. The owner, an old lady with greying hair, emerged from the darkness at the rear. She looked at Tim, blinked, gave a half-smile, turned it into a scowl and announced: “It’s not here.”

“What you’re looking for, of course. I know you’re looking but ….” she stared at Tim examining him with great care. “You don’t know what I’m talking about do you?”

Tim placed his hand on his chest but the medallion wasn’t there. He felt its absence like an open wound and remembered that he had left it on the table in his apartment.

“Of course I do: I am looking for some mescal, that’s what you mean, isn’t it?”

“Of course that’s what I mean,” the old lady smiled. “ And that is why I am here, to sell you some mescal. How much do you want?”

“I have no bottles prepared this early in the morning. There’s some in the barrel. I can always siphon some off and give that to you. You know that ours is the purest and the best. Even El Brujo says that. We come highly recommended. It won’t take a moment,” she shuffled away and returned with an empty four litre wine bottle that had once held Donini. She held it up. “Will this be enough?”

“That’s much too much,” Tim shook his head. “I’ll never drink all that.”

“And a good thing too,” she added. “We don’t want you ending up like Alfredo.’”

“The man you saw in the street this morning. Now: this is what you need,” she held up a two litre plastic bottle that once held Coca-Cola. “How about this?”

“That’s all right,” the old lady nodded her head. “I’ll just siphon the mescal out while you’re making up your mind.”

She took a thin plastic tube, inserted it in the top of a large tin container, and sucked up some pure white liquid. Then she pinched the tube, lowered its end below the level of the barrel, and carefully placed the tube in the bottle’s neck.

Tim watched as the pale colourless liquid filled the bottle. When it was full, she handed it to Tim.

“That will be ten pesos, please.”

“Aren’t you going to seal the bottle?”

She looked at Tim as if, like the guajalotero of recent memory, he had just made some nasty and indecent smell. Then she searched behind the counter and held up a bright red rubber band. She twisted it on her fingers to make it smaller. Then she tore a piece of plastic from a long roll and placed it around the bottle top. She stretched the rubber band over the plastic and handed Tim the sealed bottle.

“There aren’t any worms,” he complained.

“Worms are expensive this year,” the old lady frowned. “You want worms, I sell you worms. But I sell them separately. How many worms do you want?”

“How much are they?”

“Three for five pesos,” she replied.

She smiled at him, showing gold teeth, and produced a packet from beneath the counter. There were five worms in it, not three, not six.

“Just what I thought you’d say,” she smiled. “You foreigners are all the same. I had them waiting in this packet, all ready for you,” she took the plastic wrapper off the bottle, opened the packet with the five worms in it, counted them out, and dropped them one by one into the mescal. Wrinkled and yellow, they had a life of their own, and they came alive as they sank and through the liquid, leaving faint yellow trails behind them.

“Your mescal will now turn yellow,” the old lady said. “But don’t worry about that. Also it will taste slightly different as the gusanos age and work their magic.”

Tim gave her a twenty peso note and told her to keep the change. She smiled at him and bowed. He said farewell and left the shop wondering how many more times that day he would come across the witch doctor by deed or name.