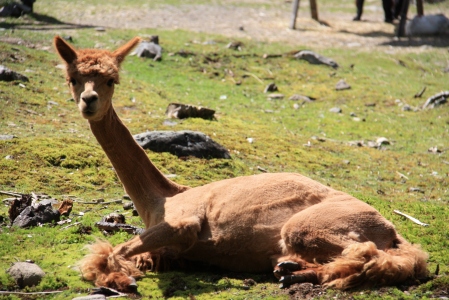 One of my close friends asked me if I would write her a lullaby. Without a moment’s hesitation, I said “Yes, of course”. Like a fool, I rushed in where no angel would ever care or dare to tread. I sat down and straightaway started to write.

The first thing I discovered was that a lullaby has to rhyme. I couldn’t write one unless it went bumpety-bumpety-bump + rhyme. I wrote several of those and they were all awful. Well, I thought so anyway, and I couldn’t imagine any young child willingly go to sleep while having an adult leaning over them and chanting at them.

The next thing I found out: it’s not easy to write poems, even a lullaby, for other people. Why not? It took me some time to understand that while I write poetry from within myself, heart, stomach, and gut, the lullaby I was writing was not written for me, but for a second person who was not me. What would this friend like to read? How would they like it to sound? By extension, there were not two people involved: I was also writing for an unknown child whom I had never seen. I didn’t know their likes and fancies, nor what would fill them with fear, nor what would successfully send them off to sleep. This three-way traffic was unnerving.

Third problem: a lullaby is a cliché and is filled with clichés. Close your eyes. Sleep, baby, sleep. I will rock you. More important, perhaps, the clichés are not just verbal, they live in the rhymes as well: sleep, deep, keep.

My telephone talks with other writers led me to the theory that rhythm was what mattered. Rhythm, comfort, rhyme, gifts, and the allaying of fears. So easy to write, so hard to fulfill, especially in an age of instant communication. As I wrote, so different formulae marched through my head. I recalled the lullabies my parents and grand-parents sang for me, apparently not very successfully, I was a terrible infant at bed-time. I have more memories of being set to bed, often without supper rather than being sang to in bed. Then there was boarding school (age 6) and the faceless matrons in comfortless dormitories where, more often than not we cried ourselves to sleep. Hush little baby don’t you cry.

So, rhythm, rhyme, nonsense words, dream worlds where everything is good. Along with traditional lullabies like All through the night / Ar hyd a nos, my head filled up with reminiscences of Dylan Thomas, and in the evening, when the sun goes down, / I ask a blessing on this town, and Federico García Lorca, La luna vino a la Fragua / The moon came to the forge.

So much happening. So much laundry passing through the washing-machine of my mind where the waters churned away and rhymes were soaped, rhythms were bleached, ideas were blended and rinsed. I wrote five. I am not sure of any of them. They certainly kept me awake most of last night, syllable counting on my white woolly sheep-fingers, that brought no sleep. I tried counting my blessings too, but that didn’t work either.

Question: does anyone actually want to read my lullabies to keep a child awake? If so let me know. You might persuade me to post one or two.